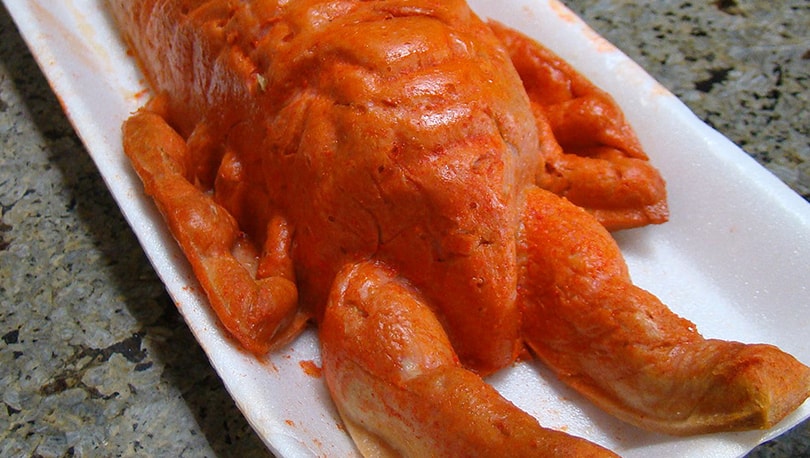 Veganism has been thriving in the last few years, with more people joining in the fad, people are getting more creative with their vegan versions of beloved food such as burgers and chicken, these imitation meats are usually made up from seitan, tofu, or tempeh.

These are quickly filling up restaurant menus and supermarket shelves. Only a handful of brands are offering vegan fish fillets and different kinds of seafood, vegan lobsters are still relatively new in the vegan world. But a company called May Wah Vegetarian Market has paved the way for vegan lobster meat production.

Being new in the market, people may ask, what is a vegan lobster? A vegan lobster is a meat free and cruelty free imitation of the beloved crustacean, trying to capture the lobster’s unique taste in the most humane way possible, although not a lot of companies have dwelled into its production, but with many people creating their own recipes for vegan lobsters, it’s steadily rising through the ranks of the most delicious vegan meats created and offered so far.

Chinese monks also made their own version of these crustaceans since they vowed to never eat meat, fish, and seafood according to their beliefs and temple rules. They made fake lobsters that consisted of vegan ingredients, their version of a vegan lobster is made of:

•Curdlan gum – It is a microbial fermentation extracellular gum that enhances the flavor and adds a “fermented” touch to their version of a vegan lobster.

•Soybean protein – This is a great source of protein to add in vegan meats.

•Modified starch – This improves the texture and structure of food, which is vital in recreating lobster meat since its texture is a bit tricky to imitate.

•Orange food coloring – To truly capture the essence of a traditional lobster, add some color. 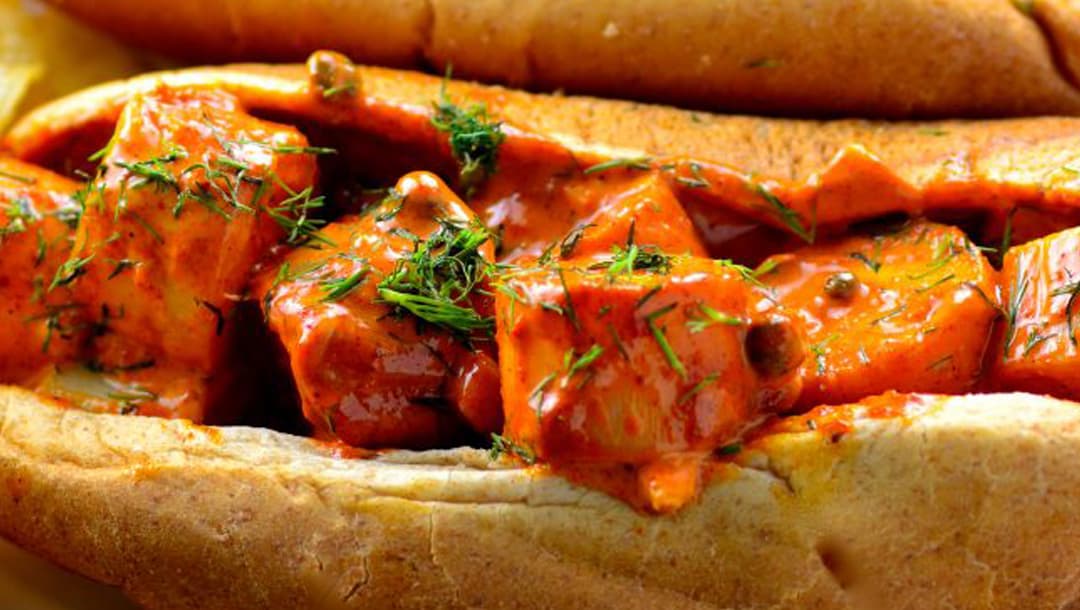 Is There A Vegan Imitation Lobster?

Most “imitation lobster meat” consist mostly of fish (usually Alaskan pollock), mixed with egg white, wheat, salt, and artificial lobster flavoring but sometimes companies use actual lobster-derived flavorings. Even if the imitation lobster meat is not lobster, it is still not vegan friendly since it still uses animal products such as eggs and the possible lobster-derived flavoring.

What Is Vegan Lobster Made Of?

A vegan lobster is primarily made of the following:

•Yam flour – The company May Wah Vegetarian Market’s vegan lobster’s base ingredient. It is a powdered starch used in an array of food dishes; it is prepared by grinding dried up yams until reaching a finely powdered consistency. This starch is also commonly used in vegan seafood and fish products.

•Seitan – This can also be used in making a vegan lobster, it is widely used for other vegan imitation meats, it is a product after cooking and rinsing wheat dough. It is packed with protein that is why most companies use this as the base of most vegan meat, because of its source of protein and versatility.

•Yam – A classic alternative to meat, and it can also be used to make vegan lobsters, although the previously mentioned products are preferred. Tofu can easily absorb flavors of other ingredients; therefore, most people resort to tofu when creating vegan meats, it is easy to work it and it is versatile.

•Heart of palm – This is the most used ingredients by home chefs when making vegan lobsters, it is a vegetable from the inner core of palm trees, hence its name. It is a hearty vegetable and its texture makes it a perfect imitation of lobster meat.

•Paprika – This spice is also a core ingredient for vegan lobsters since it is made from dried red fruits of sweeter varieties. Further enhancing the imitation vegan lobster’s meat flavor.

How To Cook A Vegan Lobster?

The general way to cook a vegan lobster is by boiling it as it is:

•Place the vegan lobster inside the hot water and let it cook.

•When the lobster turns into a color of reddish orange, remove it from the cooking pot.

•Place the cooked lobster on a plate or bowl and let it cool down for at least 5 minutes.

•Slice the lobster to your portion preference and marinate it with sauces and flavorings to your liking.

You can also cook and serve vegan lobsters as a stew, stir-fried, or cold. There are many recipes that uses vegan lobster, so you do not have to settle with less.

No, vegans and vegetarians are cannot eat lobsters if they are deeply committed to their beliefs, fish and seafood are living creatures and eating any kind of animals that live in the sea, river, or lake are not vegan.

That’s why vegan lobsters are gaining popularity because not only they’re raising awareness that lobsters deserve more in life, they actually imitate the crustacean’s flavor well, when cooked properly, using the heart of palms vegetable or yam flour as its meat alternative. 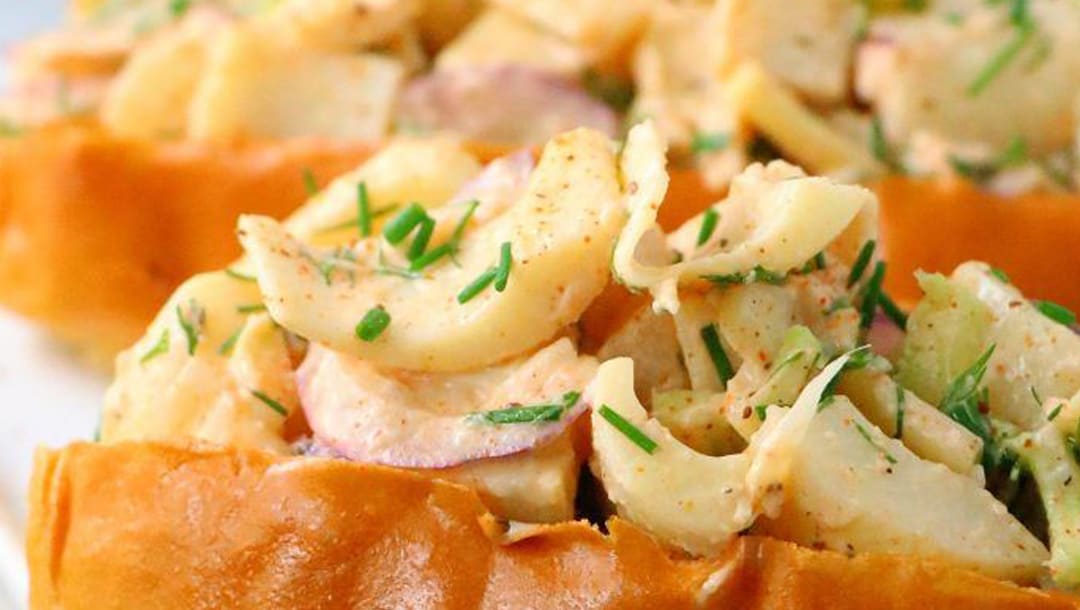 The taste of a perfect vegan lobster should imitate its original inspiration, it should have a sweet and light “meaty” taste, texture-wise, the traditional lobster should somewhat resemble the texture of a crab. However, A vegan lobster’s texture is somewhere between a crab and shrimp.

Although relatively new, vegan lobster is steadily gaining popularity in the world of veganism. It is a difficult food or meat to recreate, that is why only a handful of companies are investing in the production of imitation meat of these crustaceans.

That is why many people have added their own twists in creating vegan lobsters, there are many alternatives people can use when creating fake lobster meat, from yam flour to heart of palms. We hope this article helped you in understanding and answered your questions of what a vegan lobster is, what is it made of and what it tastes like. 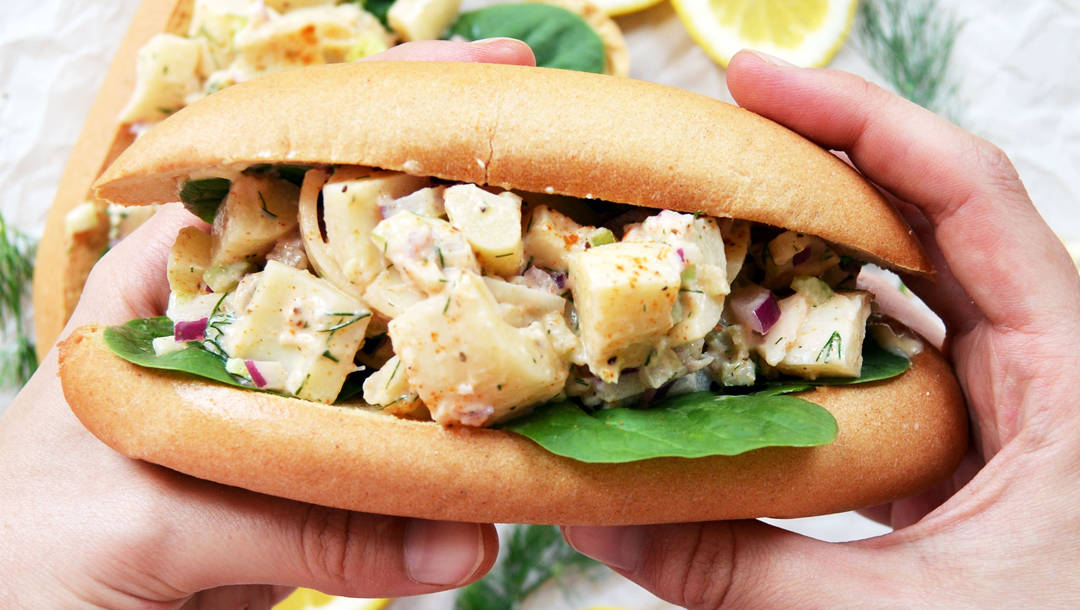